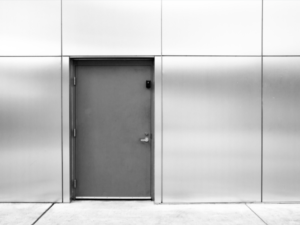 These are just a few of aluminium’s truly amazing properties, which make it an extremely resourceful metal for a multitude of uses. This is why, along with steel, aluminium is now one of the most widely used metals in the world! It is also our metal of choice here at Alutech Systems – its balanced combination of malleability and strength allows us to shape our systems to our customers’ needs.

While you have definitely used multiple products made of aluminium, there are 6 interesting facts about this metal that you (most probably) didn’t know.

Aluminium is the planet’s most abundant metallic element, second only to Silicon. Actually, around 8% of Earth’s crust is made of it. A significant amount of aluminium was also found on the Moon. Do not get confused though – pure Aluminium is not found in the natural world, but has to be made from ores.

Around 75% of all Aluminium ever made is still in use! In fact, according to the Aluminium Association, this metal is the most recyclable material on Earth. In the UK specifically, over 8 billion aluminium cans are recycled each year.

For many decades, Aluminium was seen as more precious than gold and silver. That is because, before the Bayer and Hall-Héroult processes were discovered, it was actually perceived as very rare. So much in fact, that Napoleon the Third used Aluminium plates and cutlery for his formal guests.

When no manufacturer could deliver an engine light enough to fly, but also with the needed horsepower, the American aviation pioneers used Aluminium to build several key parts of the plane’s engine.

Thousands of years ago, the Ancient Greeks used to dye their clothes with alum, an aluminium-based salt. Of course, industrial production of this metal began much later (19th century) once the Hall-Héroult process was invented.

We saved the best for last. In reality, both spellings are correct! Sir Humphry Davy named the element aluminium in 1808 but, 4 years later, he decided to change it to aluminum. While British English uses aluminium for reasons of consistency (calcium, sodium etc.), American English uses aluminum.

Our aluminium, CWCT tested systems are designed to provide the best possible performance, both technically and with ease of installation and fabrication. With its exceptional strength, durability and flexibility there’s no reason not to use aluminium for your fabrication needs. For more information on what Alutech Systems can do for you, give us a call on 01924 350110 or email sales@alutechsystems.co.uk.

Get ahead of the Curve with Alutech Systems

Signup today for free and be the first to get notified on new product updates and news from Alutech Systems.